Half a year later and Ojos Abiertos comes to the end of it’s work in Conchali. Last night we went for a group meal at one of my favorite, reliably good restaurants, Tiramisu (Metro El Golf). Ojos Abiertos began after I posted a message looking for people who shared my passion for righting social wrongs, namely the huge gulf in educational equality. Since then we have not only become firm friends, but we have both opened the eyes of students and had our own eyes opened as we worked in a Santiago state school.

To reiterate your memory, Carolina ran weekly dance classes incorporating English, literacy and numerous dance styles with any high school student interested in participating. Hoda and Georgina held back to back classes with pre-kinder and kinder aged pupils known as “Art Expression” –  a fabulous initiative born from Hoda Madi, one of Chile’s premier artists. These workshops involved a theme – discussed and then expressed in any form before being put to paper as artwork. The themes were Happiness, Love, Gratitute, Bad Feelings and The Hero Inside. Finally there were art classes held by Lina, Mariana and resident art teacher Amaro, which aimed at utlizing both English and recycling how-to’s. Meanwhile, Zoe tk up a position as an assistant to the English teacher, volunteering twice a week during the morning. We received numerous donations utilized in our classes, from the phenomenal English books donated by Expat Legend Sally Rose, to art and party supplies that the kids loved using. I also must stress that these projects were all lead by passion and a desire to help – no-one paid a fee to join as a volunteer or participant, and no-one was excluded from the classes. These were discrimination-free zones where the children forged real relationships with the teachers … and vice versa. It also wasn’t always easy, from volunteers who we never heard from again to the tireless dedication of Georgina in particular, whose persistence and hardwork really got the Organizacion off the ground.

Here we take a look back over the past few months at our time at Liceo Almirante Riveros:

Hoda: This has been the best experience of my life!

Georgina: There is no feeling like when you open the door and the kids just come running …

Helen: tell me about your first class. What happened?

Hoda: our first class was with the pre-kinder and the teacher had no idea we were coming!

Georgina: She didn’t know because she never attends meetings. She doesn’t agree with the art-based methods at the school. This isn’t to say she is a bad teacher. She was a bit wary at first but after the first class she jumped right on board. She started asking us for our opinions and for help and what she could do … once we told her there were loads of English books at the school she ran straight away to get them!

Hoda: The school accomodated us right away. For example in the first class the room only had a cassette player so we couldn’t play ur music. We told Gerhard and for the second class we had a speaker and could play the music off our phones.

Helen: How did the class go?

Hoda: At first the kids were shy but as each class progressed they came out of their shells. The first class was Happiness so we asked them what made them happy. All of them said being at the school, with their friends. At first they were very unsure and nervous about what to do with the painting – how to express their emotion – and always asking if they could do a line or a colour. But by the second class they were more confident and what they drew was amazing!

Georgina: We asked what they loved about each other in the next class. One boy needed a bit of prompting but when asked about a girl in his class he said, “her eyes.” It was the sweetest thing.

Hoda: A lot of them have never had the opportunity to express these things before. When we asked what they were grateful for, again all of them said the school and their friends. We talked about Bad Feelings next. They all spoke about sadness and family problems.

Georgina: One said he knew to just turn on the TV when the arguing starts. Another – who was four years old – said he would take his little sister’s hand, take her upstairs and cover her ears. Someone drew a person with a black face and said that it was his father leaving the house, because he always jumps in the car after a fight. Our final session was about The Hero Inside. What do they want to do? Some of them said doctors and nurses, but mostly they said carabineros [police], which says a lot about how active the police are.

Hoda: One girl who was 5 said she wanted to be an artist – to make people happy through her art. I really believe that art is something that anyone can do – it can save your from bad feelings and give you a way to let emotions out, without turning to drugs.

Helen: Carolina, how did you find your experience?

Carolina: It was amazing. There was a bit of a problem with people not turning up, but there was talent and people had fun. The teachers were really helpful and when there was a problem they did what they could to solve it.

Helen: Could you pinpoint any issues at the school, like where it is lacking?

Carolina: I was teaching teenagers in or nearing their final year, so around 17 years old. But many of them had no idea about basic literacy things like metaphors or similies. There also didn’t speak to be much cohesion between teachers – no collobarative learning. It seemed like they were learning not to respect adults or peers but to respect just the Head teacher when it should be towards anyone.

Helen: Zoe, you were 4th basico – so aged 10 to 11- and alongside their regular English teacher. How did you find it?

Zoe: I had a very mixed experience. The teacher had absolutely no presence in the class. She told me right away she wanted to leave and was looking for other jobs, and when we entered the class she would just sit down and start making notes – no greeting to the class, nothing. She didn’t speak English at all in the classroom – in fact when I finally got her to say something one of the students asked “Miss why are you speaking English?” She taught the same curriculum for all her classes from years 1-4 and no-one knew even the basics like what “how are you” meant. Instead of English she’d do lots of arts and crafts, and after a while I was like “use me – I’m here to help!” So she copied a long poem on the board without translating it and told the kids to write it down. They had no idea what they were writing and were so bored. I asked if I should explain and she said to the class “Zoe will say it out aloud and you all copy it!” She didn’t know the kids names, she didn’t know why certain kids were taken out every class, she cancelled classes every week and she never had a plan for classes. One time I told her I had some ideas, she said no they would make Christmas stockings instead, but when we got there we found the kids had finished them all at home. So the kids spent the whole class with nothing to do.

Georgina: But that is not completely normal. She’s not their regular teacher, only takes them for English, and she told us this was her first job. She was not experienced.

Zoe: I saw that the students were very good at sharing and that a few were really interested and tried hard. But without the teacher taking charge or explaining, they didn’t understand what they were doing. They did have textbooks, but they had never been used before I went there.

Helen: I don’t understand why there are teachers like this? Can’t they be fired?

Mariana: I think they are on a one-year contract and funding is tight with state schools.

Helen: Mariana, how was your experience there with Lina?

Mariana: We worked alongside Amaro, who was really respected by the students. He was incredibly well-spoken, knew all the terminology and explained everything to the kids.

Lina: All the kids were helping each other, asking opinions, and looking after one another.

Mariana: Amaro was taught by Gerhard, the principal, and took the job because of him. There is a lot of loyality between the staff and many aren’t there for the pay but because they want to be there.

Georgina: It all comes down to the teacher. If they are not happy with their salary, they won’t be happy.  There was good and bad at the school: the majority were really dedicated but there were some who were not so. We were left for two hours once by the teacher who was meant to stay with us. Most of the kids just ran away. We were only meant to be there 40 minutes.

Helen: Is that the guy who was yawning through our meeting?

Zoe: I saw him always sleeping in the staff room!

What have we learnt? That volunteering is not just out helping those in need. Its incredibly rewarding for both sides because everyone learns. We didn’t go in there with guns blazing thinking we knew better, instead we listened to the teachers, asked what they wanted and needed, and tried to work beside them in the classroom. We tried to provide a friend and a mentor, learning while having fun in an environment that is safe. We gave the kids an outlet to be themselves, be creative and learn something that was perhaps a little bit strange. Not all of us will be continuing next year due to various commitments (immigration! Work!) but we welcome new members and new projects. If you would like to be involved, have an idea or a school to nominate, please send me a PM to hlcordery@gmail.com. We also welcome donations for educational or play purposes.  If you are interested in the four week programme run by Hoda Madi, please contact her directly to see if she is interested in visiting your school. 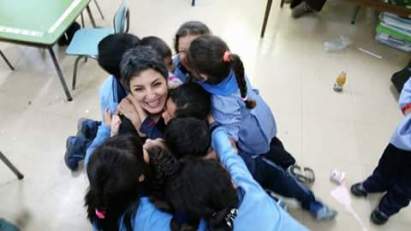 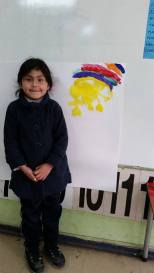 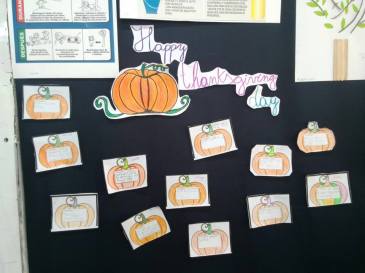 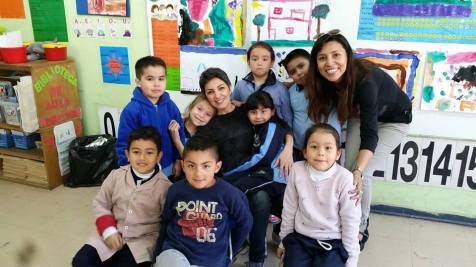 One thought on “State Schools: The Truth”