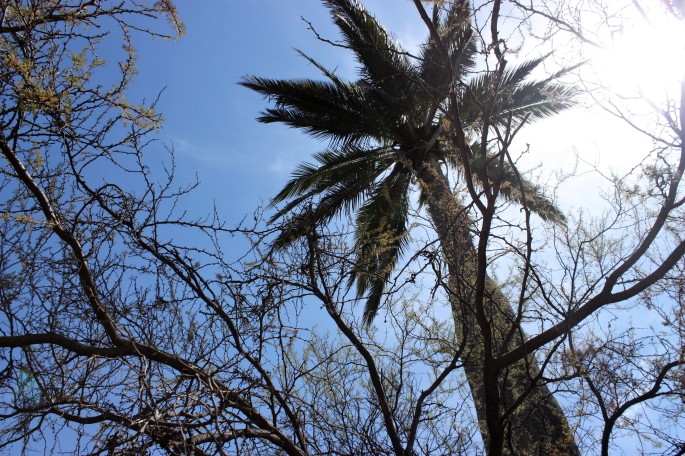 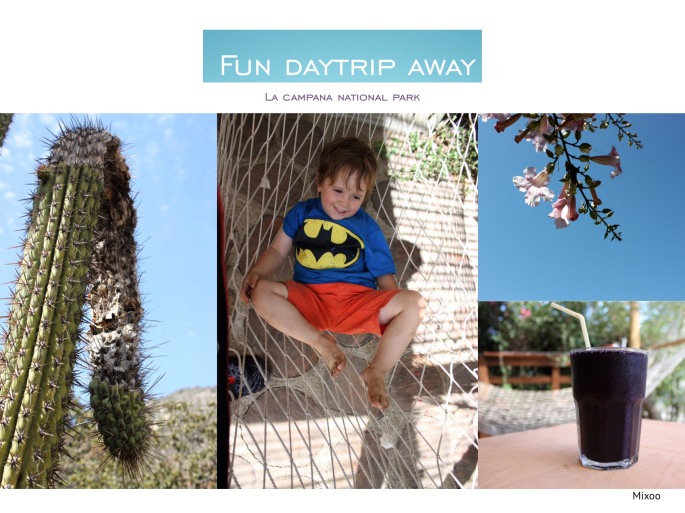 If  I could recommend two places for people to visit, Valparaiso would be at the top of the list, followed closely by this place: La Campana National Park. 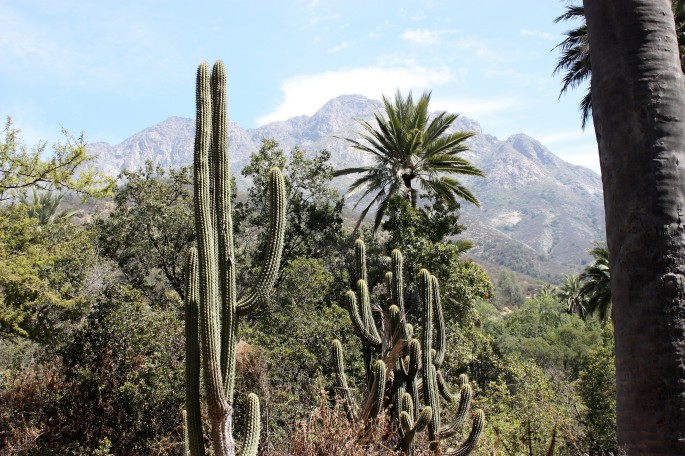 I don´t know why this place spoke to me so much, but speak to me it did.. Perhaps it is because its a world biosphere reserve, designated so by UNESCO.  Across the 8000 hectares of the park, you can lose yourself amongst one of the world´s last remaining Chilean Palm forests which, in one of the great travesties of the world, is sadly on the verge of extinction thanks to over exploitation and the encroaching environment of man. This tree is truly a thing of beauty, despite being labelled as ¨a very ugly tree¨ by Charles Darwin, who ascended the looming Cerro La Campana in 1834.  The sap from the tree is made into Palm Wine as well as Palm Honey, the latter of which is hugely popular  and involves felling the tree and then draining out the sap over several months (yielding around 300 litres of honey). This is now strictly regulated under Chilean law given the tree´s endangered status. In addition to wine and honey, the tree´s leaves can be utilized for basket making and the seeds eaten. No-one knows for certain just how old the trees can grow, but many of the trees in La Campana are hundreds of years old, and up to 40 meters tall. The greatest concentration of Palm trees can be found in the Palmar de Ochoa, a sight which honestly took my breath away as for a minute I almost thought I saw a dinosaur nibbling at the top fronds. 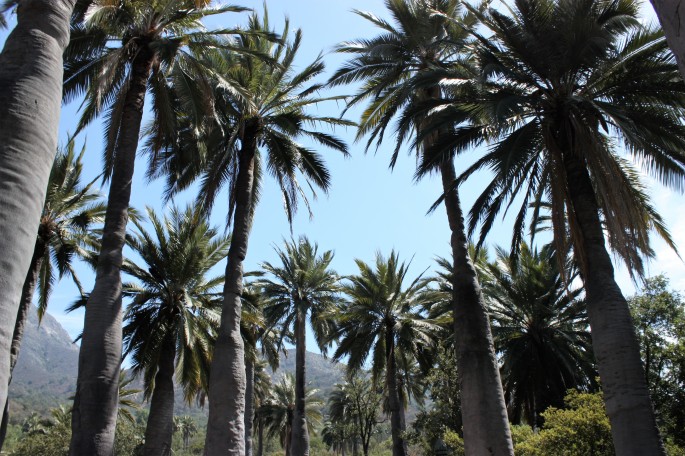 The park is also home to some 320 native and endemic trees and plants, which are pointed out to you by helpful signs. Various Chilean cacti are among them, which are interesting enough on their own. There are 180 different species of Chilean cacti, with the greatest diversity located in the region of Coquimbo, to the north. These are some of the most resistant and unique cacti in the world, with some routinely growing under snow and as high as 2200m above sea level.  In fact, the Austrocactus philippi plant is so accustomed to cooler weather that it cannot cope with temperatures higher than 25 degrees celsius and is particularly rare, found only in one location in the world. 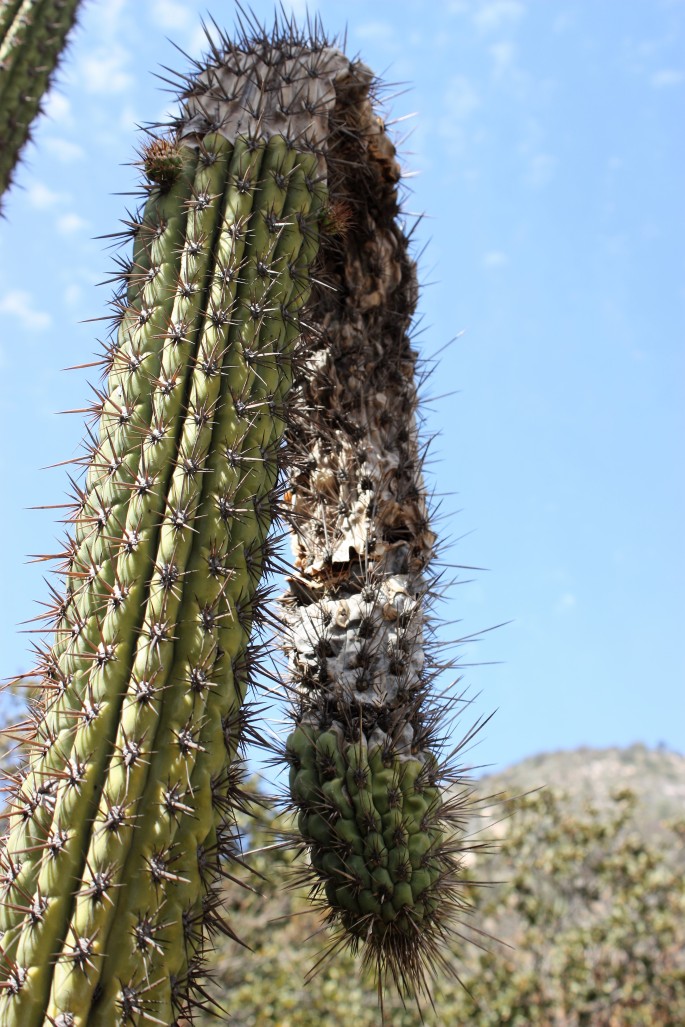 Walking around the park honestly made my spirit soar. Plants to look out for include persea lingue, litharea caustica, chusquea culeou, Chilean wineberry, radal, lignum vitae, peumo, boldo, and many others. The stillness – especially after all the noise of Recoleta – was like a metaphorical hug for the soul and was broken only by the sound of the wind rustling the palms and the scuffling of animal feet on the ground. What else might you see in the park? Try chinchillas, foxes, vizcachas, owls, Chilean mockingbirds, diucas, giant hummingbirds, eagles and more. 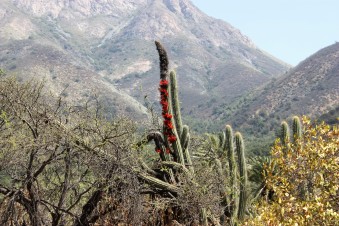 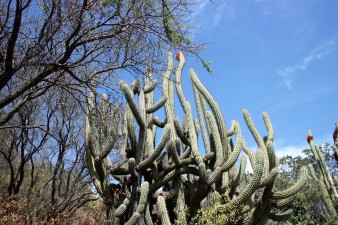 There are several entrances. We visited the section closest to Ochoa (Palma de Ochoa), with the highest concentration of Palm trees. .You enter in with the car and there are short and longer walks to do, including La Cascada trail which leads you to the 30m waterfall.  The vegetation is divided into four parts: sclerophyll forest, laurifolio higrophyle forest, spiny thickets, and low altitude thicket. It is not pushchair friendly but there are various resting points, as well camping facilities. Shade is limited and temperatures are dry and hot in summer, and average 11 degrees celsius in winter. Payment to CONAF is required upon entry and ID is necessary. Good shoes recommended as the ground is spiky. Take plenty of water. 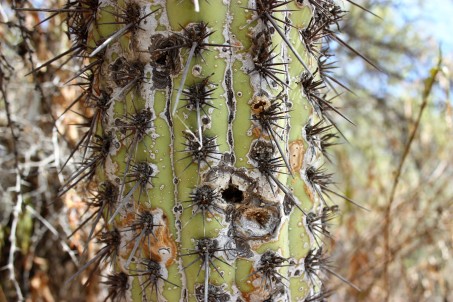